Its my greatest  sin i have not updated my blog for the flip . Now 2011 i  hope to make it up for the flip.

the PTC  world and other online income earners . To better understand what is in store for us in the year 2011,  there’s nothing to lose if  we look at the meaning of the year of the Rabbit.  Even if you don”t believe its good to know some predictions to guide you,  not to mislead you.

The RABBIT represents the fourth year of the 12 year cycle of the Chinese Zodiac . Chinese New Year 4709 or 2011 in the western calendar is called the “ YEAR OF THE RABBIT” .


Characteristics of people born in the Year of the Rabbit :    Calm and Gentle but Persistent
Quietly charismatic, thoughtful and calm, rabbits are admired for their tactful and considerate dealings with all who know them. As such, they are most often depended upon for their wise counsel, or as someone in which to put valued trust in a personal friendship or a business dealing.

Quietly charismatic, thoughtful and calm, rabbits are admired for their tactful and considerate dealings with all who know them. As such, they are most often depended upon for their wise counsel, or as someone in which to put valued trust in a personal friendship or a business dealing.

In dealings with family and friendships, they can always be counted upon for a sympathetic ear or a gentle hand to hold.Their highly developed natures can also be found in artistic pursuits. They have an impeccable eye for color and line that is evident in their thoughtful fashion sense. The rabbit is usually on anyone's Best Dressed list.


Despite (or because of) their outwardly calm demeanors, rabbits are extremely shrewd In business dealings and may never show their hand until just the right moment. They are also quick to bolt from any perceived danger and intuitively know when to fold - and run!


General Predictions for the Year of  2011 , Rabbit Year :
The year of the Rabbit is traditionally associated with home and family, artistic pursuits, diplomacy, and keeping the peace. Therefore, 2011 is very likely to be a relatively calmer one than 2010 both on the world scene, as well as on a personal level.


Conversely, nations will also become more insular and increasingly lock down their borders to protect against the "other". However, 2011 will also see new art movements projecting a distinct national identity taking the world by storm. Shrewd and creative new business partnerships will also form to the benefit of all.
Rabbits who thrive on delicate business dealings are best suited to navigating the year ahead.

Those compatible with the Rabbit — the Sheep, Dog and Pig in particular — will also find 2011's circumstances inspiring them to greater personal happiness and professional success.

Others will suffer, by degree, depending on how flexible they are to the world mood. Those who have cultivated careful negotiation skills (or, perhaps more importantly, can sniff-out and swiftly dodge dangerous situations!), may attain similar good luck enjoyed by rabbits and those compatible with them in 2011.

Fellow bloggers, readers and filipinos (flip) , its 2011 , look for the influence of the rabbit in your life.

All the websites directory

Who links to me? 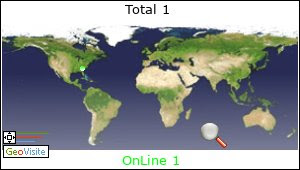 Filipino is a friend of all race